It took a while, but Nintendo has finally decided to release a plug-and-play console with 30 games.

Nintendo is extra thoughtful and released two different versions to match the products available in different regions. Japan has the Mini Famicom and U.S. the NES Classic Edition, each a miniature version included a different set of games that were popular.

Nintendo not accepting pre-orders in the U.S. is annoyingly inconvenient and disrespectful to its customers, and I am not sure if the negative sentiments it earned is worthwhile. Doesn't take a genius to know that Nintendo will move many units: at $60 this is squarely in the perfect price range for holiday gift season. But Nintendo of America created an artificial supply shortage at launch so that those fans most eager to buy a unit were left empty-handed.

Nintendo of Japan, had the common sense of allowing pre-ordering in September, two months before release.

The reset button on the console brings up the main menu to switch games or save points. Layout is clean and intuitive: 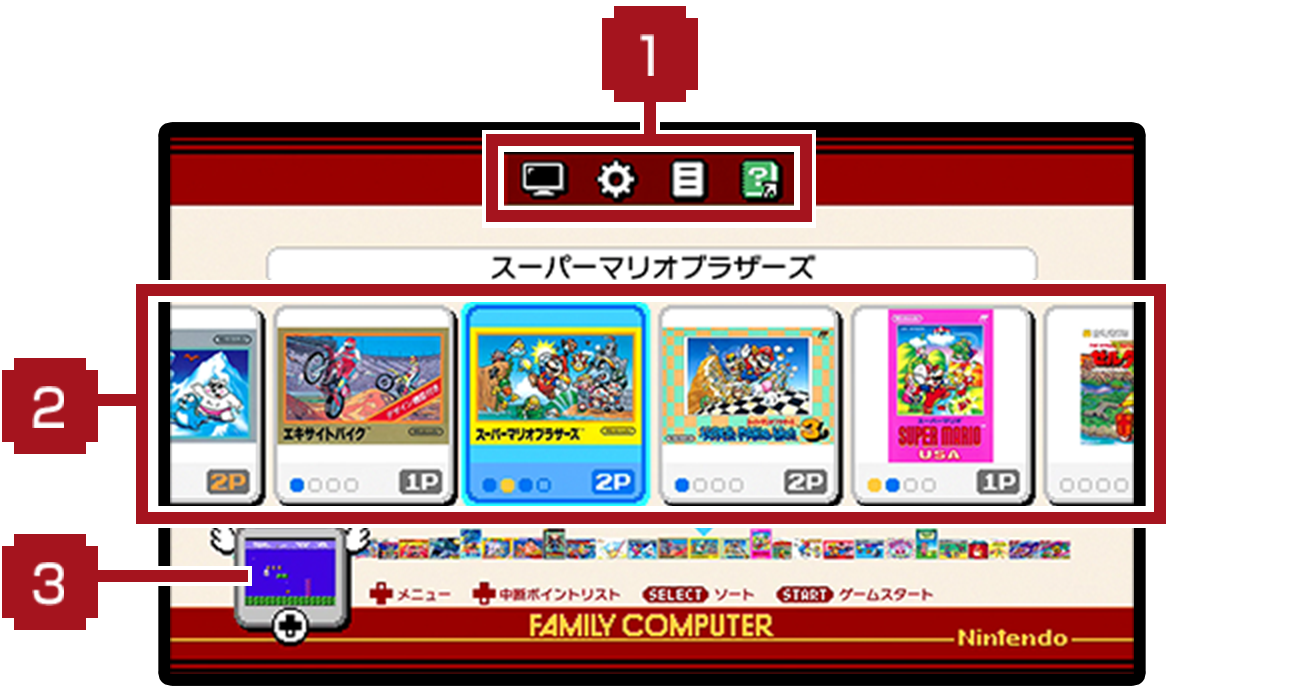 Image above is a capture of Main Menu from Nintendo Japan:

The packaged cables are short. I have decided the perfect way to play this is on my desk with a computer monitor.

Manuals are not available electronically with the emulation. It would have been nice to have scanned copies of the original manuals to complete the experience. I remember especially the Japanese versions had nice artworks. At least the manuals are available as PDF from Nintendo website.

The controllers for the Mini Famicom is proportionally smaller, too. A little weird at first but I got used to them quickly. There is a covered port at the front, could have used that to plug in a Wii controller?

Everyone remembers these games. Simple rules and mechanics, but takes a while to figure out how to master the moves. All of the included games aged rather well, and it helped that I enjoyed playing them when I was a kid.

Putting a climbing wall in your backyard is possible sourcing all parts from the Internet, but it is quite a bit of work.

Roku has released a development kit allowing hobbyists to build their own applications to side-load on a production Roku box.